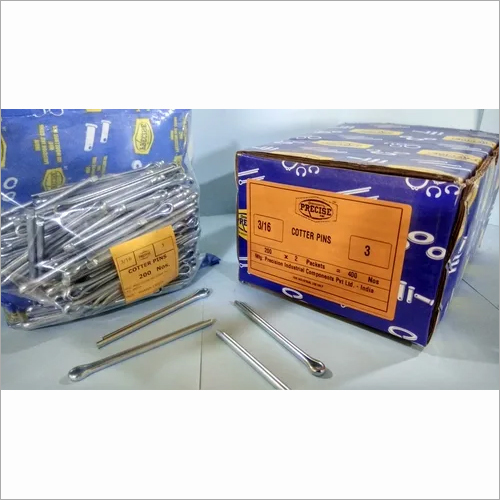 A split pin, also known in the U.S. usage as a cotter pin or cotter key, is a metal fastener with two tines that are bent during installation, similar to a staple or rivet. Typically made of thick wire with a half-circular cross section, split pins come in multiple sizes and types.

Split pins are frequently used to secure other fasteners, e.g. clevis pins, as well as being used in combination with hardboarddiscs as a traditional joining technique for teddy bears. A common application of this is when used to secure a castellated nut. One problem with this type of use is that the castles on the nut must line up with the hole in the mating part so that the split pin can be installed. When the nut is torqued properly, but the holes still do not line up, it is preferable to overtighten the nut than undertighten it.

Split pins may be used in some applications as low-tech shear pins.

Half-round wire that are folded over onto themselves with a loop at one end, which provides a head. Cotter Pins anchor various assemblies by being inserted through a drilled hole in a shaft or bolt and spreading the points to hold the assembly in position.

A split cotter inserted through holes in two or more pieces and bent at the ends to fasten the pieces together.

A split pin secured, after passing through holes in the parts to be attached, by spreading the ends.

A cotter having a split end that is spread after being pushed through a hole to prevent it from working loose.

A metal pin used for fastening; the split ends which project beyond the pin hole are bent back from the axis of the pin.

A pin with two ends originally positioned together that are fitted through a hole and then bent backwards to lock the pin in place. Cotter pins can be used to lock clevis pins or certain styles of washers.

A tapered pin threaded at the smaller end and secured by a nut after insertion. 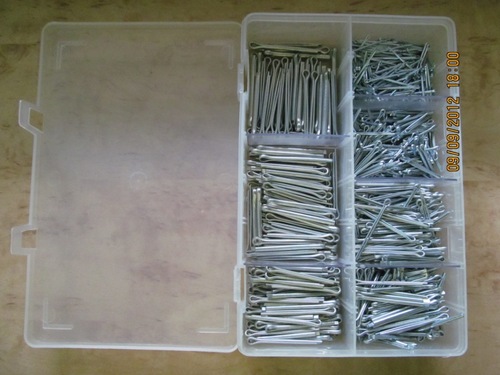 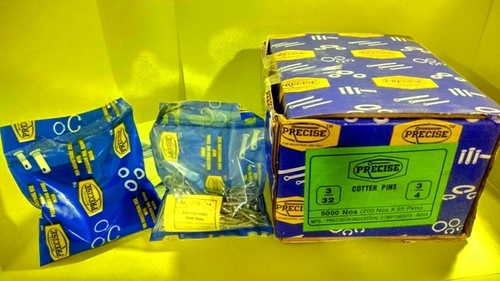 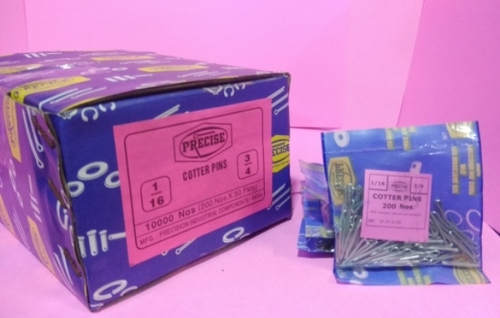 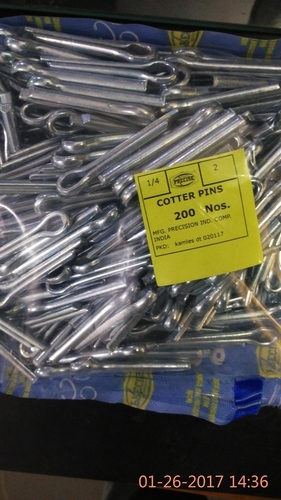 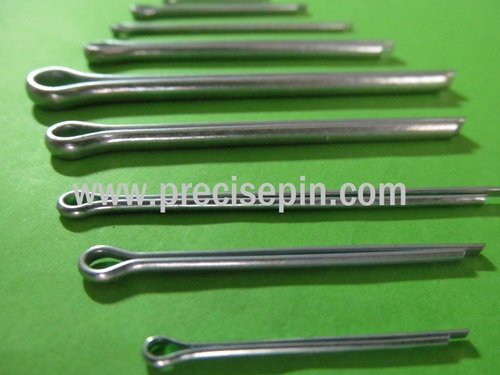 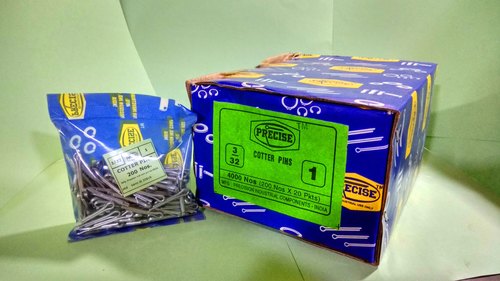 Our Satisfied Customers belong to the following States of India

PRECISE IS THE QUALITY